The Challenges of Packaging Design Before Computers

Before computers, creating art used for print production was referred to as the “mechanical paste-up process” and it was not only arduous, it was dangerous.

The Design Process: THEN

For designers, the most complicated part of creating packaging was the type. There were books made with basic type that designers could purchase to be used in their designs. Each letter or word was accurately cut with an X-Acto knife and pasted correctly using rubber cement that had been thinned with a highly flammable chemical solvent that was potentially hazardous if not handled properly. The only alternative to glue was using an adhesive wax coating machine. The letters or words had to be run through a machine that applied a thin layer of hot wax on the back of the sheet that the designer needed to place on the layout. Everyone I’ve met who has used a wax machine has the scars to prove it. This process didn’t leave much room for error when laying type. If a designer had an idea of the style and size of type they wanted to use, they could send an order to a typesetter who would design and print each style and size and snail mail them back to the designer, a process that could take a few days. The designer would then follow the same process of hand-cutting, aligning and gluing. There weren’t many options as compared to today with the ability to download millions of different fonts and manipulate size in a matter of seconds. Can you imagine having to type set long-form text such as drug fact panels or ingredient statements?

Creating graphic elements that were not considered standard were mostly done by hand. If a photo of the product was needed, it took a skilled designer to hand-cut photos and other images as needed. The designer would then follow the same process of aligning and gluing. There had to be a lot of preplanning in order to make sure all of the elements fit into place and made sense in the overall design.

Once the layout was complete, a transparent paper acting as an overlay would allow the designer to make notes on the artwork for the proper Pantone colors to be used in the final production print. They would also notate each color that would be used for backgrounds, types and if the images were two or four colors. Finishing a simple project could take a month (or longer) to complete, leaving less time for creativity.

Today’s graphic package designers start with an Illustrator file or PDF of the box dieline (usually provided by the structural engineer via email). Vector artwork is then created in Illustrator, and images are manipulated by Photoshop. Designers today have access to numerous resources at their fingertips—literally. Technology allows us to focus on being creative and add elements to the packaging that we could never have done before. Adobe Illustrator is used to properly align artwork to a layout. The software allows you to create an artboard at a custom size based on the needs of the project and create guidelines from the ruler as many times as you need on one sheet to align all of your artwork with a click and drag of the mouse. If changes need to be made, guidelines and artwork can easily be shifted anywhere on the layout as needed. It’s the creative process that takes the longest today. When designing packaging for a new food brand, for instance, we typically plan out each item in the product line up to make sure the colors and artwork work with the different SKUs. Designing a new line of five SKUs  would take approximately one week. Making simple edits, such as copy changes, takes minutes.

Handwork is still done today but in a much more efficient way. Thanks to scanners, designers can hand-draw artwork on paper, scan it into the computer and manipulate it using Photoshop or Illustrator in much less time than it took to do an entire design years ago. We even have the ability to use digital pencils which allow us to draw directly onto a pad while viewing it onscreen as we draw.

The Proofing Process: THEN

Often original layouts needed to be snail mailed to an external vendor who would then photograph the designs into negatives. Once the negatives and originals were mailed back, the designer and editors would use a lightbox to examine the design to make sure there were no mistakes. If mistakes were found, the designer would then go back to the same process of re-cutting, aligning and gluing—which then led to having to re-photograph for an additional review.

Once the editor and designer approved the design they would send the files out to a vendor who would then burn the images into paperboard using color separations to create a proof of each design. If PMS colors were used in the design, an additional step was added to the process of mixing powders to create a specific color—a process that took a tremendous amount of skill and time.

The proofing process today is much different with computers. Once artwork is completed using Illustrator and the customer has done a preliminary review of the artwork via email using a PDF, the designer will send over all of the art files along with fonts and image links to the print vendor via email. A proof is printed on proofing paper using a calibrated digital printer. Digital printers cannot print PMS colors, so the vendor who supplies the ink will create samples of the PMS inks to show a breakdown of the PMS colors for each job, known as ink drawdowns. Ink drawdowns are created in one day and then sent overnight to the print vendor. Ink drawdowns are supplied to the customer with the copy of the printed proof overnighted via mail. If changes are needed after the proofing process, the designer or print vendor can simply make changes with a few clicks of a button and then provide a reprint. Once the proofs are approved, the pre-press department can move on to create plates, known as digital-to-plate, and artwork is now ready for production. With modern day software, a four-color job proof can be setup and printed in just a few hours. Today, the overall proofing process can be completed in just one week, including corrections.

Of course, knowing how to utilize the latest software is important, but I also recommend designers today learn how to engineer boxes for hand-fill and automated packaging lines, as well as to understand the pre-press process and have a working knowledge of how an offset printing press works as well as how to use a die cutter. Although times have changed, I believe understanding the entire process is necessary if you want to be an impactful and dynamic designer. 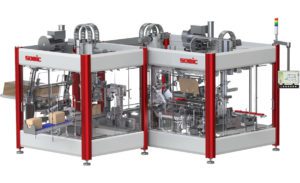 The challenge of barcode grading in a serialized world 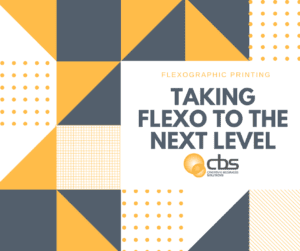 Taking Flexo to the Next Level

Design for the Changing Environment
April 30, 2018
How Green Is Your Packaging?
June 9, 2018
Looking for Inspiration – today’s consumers demand packaging that creates a distinct brand experience
September 28, 2018