Preparing for an Automated Future

According to A3, The Association for Advancing Automation (a3automate.org), robotics, vision and motion control set growth records for 2017. In just one year, shipments of motion control and motor products grew 8.1 percent to $3.559 billion.

Jeff Burnstein, president of A3, says the automation market is growing on a wide scale, as new industries continue to embrace robotics, vision and motion.

More imaging components and systems were sold than ever before last year, as demand for machine vision solutions reached record levels in North America with a value at $2.6 billion.

Still, adoption has been gradual. A report by PMMI, “The Evolution of Automation,” reveals end-user (CPG) automation pain points: implementation, incorporating design changes to maximize technology, the gap in skilled labor and the continued development of industry standards for automation. The report adds that lower automation costs of late are opening the door for wider implementation.

On a positive note, 86 percent of CPGs are collecting at least some machine data (including manually), to be used for preventive maintenance and maximizing uptime.

Here, we introduce innovations from companies leading the charge in order to alleviate some of that pain. Each offers a take on what the company is seeing and doing about automated packaging and robotics solutions.

Hüttlin, a subsidiary of Bosch Packaging Technology (boschpackaging.com), has come out with a new data mining tool for pharmaceutical solid dose packaging. The aim is to evaluate existing machine data more effectively to identify and eliminate root causes.

“So far, about 50 percent of deviations have been classified as human error,” explains Dr. Marc Michaelis, expert for continuous production and process verification at Hüttlin.

“Yet we assume that this is true for no more than 10 percent. The rest is often misinterpreted due to missing information.” He adds that there is enough data available to get to the issues, but that there is a lack of knowledge and time to read the data correctly.

The data mining tool is used to examine large amounts of data for the smallest effects using statistical methods. In general, data from two production batches is already sufficient to draw first conclusions. The more data available for evaluation over a longer period, the more details can be identified. All it takes is machine sensors, which already collect data on almost all historical machines, as well as the right tool to disclose the data.

The Future Face of Robotics

The latest trends for picking, packing and palletizing.

Research by International Data Corp. (IDC, idc.com), predicts that spending on robotics will grow at an annual rate of 22.8 percent over the next four years, and packaging automation is no exception. Hoping to improve pick and place efficiency across the U.S., I investigate the demand for easier programming, improved vision and, of course, the question of collaborative robots.

There’s a point in every production process where products are picked, packaged and palletized, so how could future trends in robotics impact these processes?

According to TM Robotics’ “Global Robotics Report 2018,” 79 percent of robot distributors stated that simple programming was one of the most important things customers were looking for when purchasing a robot. But, could artificial intelligence (AI) be the solution to simplify these tricky-to-
program robots?

AI and robots are often confused as the same thing, but that’s not the case. A robot describes a machine that can be preprogrammed to carry out a task, whereas AI describes intelligence that enables a machine to make its own decisions, or in this case, program itself.

We’re not quite at the stage where robots are able to fully program themselves using AI. Instead, we’re witnessing a shift in behavior from manufacturers in favor of easy-to-program robots. This is particularly advantageous for small to medium-businesses that are perhaps new to automation, but don’t have the expertise in-house for complex programming.

Numerous robotic tasks require machine vision. Grasping an object, for example, would be impossible for a robot without using a camera to identify the object’s shape and size, and the most logical way of picking it up. However, looking to the future, robot vision systems will be a stark contrast to the vision software of manufacturing’s past.

Some existing systems still require professional CAD programming to ensure the robot can recognize shapes. However, this isn’t ideal for common applications of vision systems, such as removing and sorting items from a bin. While CAD-based systems can identify items, the challenge is recognizing the position of each item — let alone determining the best method for the robot to pick them.

To fully automate packaging processes, investing in advanced 3D vision systems will become essential. Toshiba Machine’s TSVision3D, for instance, uses two high-speed cameras to continuously capture 3D images. The system can process these images and identify the exact position of an item, regardless of its unusual shape or size.

The collaborative robot (cobot) market is growing at an unprecedented rate, and one of the key selling points of cobots is their ability to work alongside humans. Manufacturers often assume that all cobots are automatically safe for use next to employees. However, this can only be determined by thorough risk assessment.

For packaging and palletizing applications, plant managers might find they need to implement fencing around the cobot to deem it safe. These added safety features can result in very low operating speeds or multiple stops for a cobot.

In fact, the “Global Robotics Report 2018” identified that 79 percent of automation distributors do not feel that their customers understand the safety requirements of installing a cobot, and therefore, are unlikely to budget for these additional
safety features. Suddenly, this cheaper alternative to an industrial robot isn’t quite as cost-effective.

Cobots might be the growing trend in the wider robotics market, but before investing in this automation packaging and palletizing, manufacturers should ask themselves if a cobot is really what they need.

While not every collaborative robot will be ideal for packaging applications, simplified programming of traditional industrial robotics will enable automation newbies to reap the rewards of this technology. And, advanced 3D vision could enable the automation of processes that have been difficult to mechanize in the past.

Spending on robotics isn’t showing any sign of slowing down. In fact, IDC’s research estimates that worldwide spend will reach a colossal $201.3 billion by 2022. To remain competitive, manufacturers shouldn’t neglect the potential of robotics for their packaging processes. 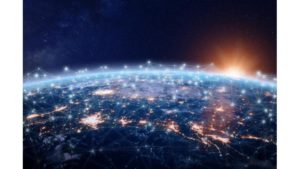 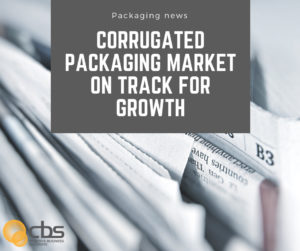 Boosting Sustainability and Your Bottom Line with Folding Boxboard
June 29, 2018
The Packager’s Dilemma and the Value of Differentiation
October 10, 2018
7 Ways Efficient Packaging Can Improve Your Bottom Line
September 21, 2018